Are My Awful Symptoms Caused By A Food Intolerance? 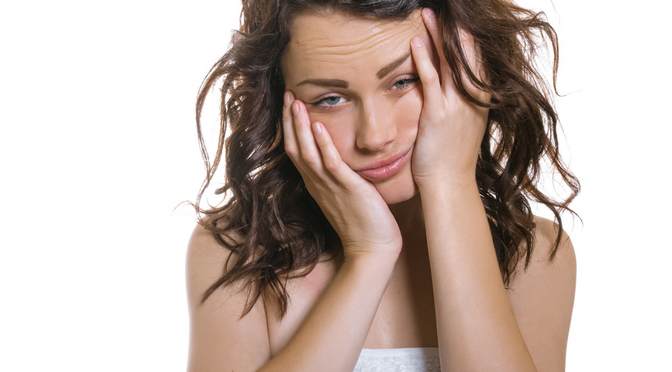 I recently had a question from a client that sounded very familiar. While I happily answered the query, it occurred to me that, with so many people asking the same question, it was a good one to share…

I’ve had some troubling symptoms for several years that no doctor has been able to get to the bottom of, including a skin rash, joint pains, brain fog, feeling bloated and gassy after meals, and feeling utterly exhausted (even after 8-10 hours of sleep!).

At this point, it seems like I’ve seen every specialist out there, and never get any answer beyond ‘It’s IBS’. My (extensive) blood tests have always been normal, aside from slightly high cholesterol.

Are my awful symptoms caused by food intolerance?

Please help, I’m so fed up of feeling like this!

Here’s what I had to say…

It sounds like a food intolerance may be an underlying cause of some (or even all) of your issues. Your gut health may affect your skin, causing problems such as acne, eczema, and psoriasis. Bloating, gas and a generally upset stomach, as well as brain fog can likewise be the result of food intolerance. Llikely culprits for the latter include gluten, other grains, and dairy. Persistent fatigue is another common symptom of a food intolerance, which acts as a continuing source of stress on the adrenal gland, and may lead to adrenal burnout and fatigue.

I would also consider the possibility of SIBO, which is thought to be the underlying cause of food intolerances and is present in up to 84% of people with IBS.

I can well understand that you’re fed up and exhausted from these symptoms. Any one of them can be a real drain, so putting up with all of them on a long-term basis is bound to make you feel awful. It’s also very frustrating to have no answer for the problem beyond the generic diagnosis of ‘IBS’, which is a bit of a catch-all umbrella term for anything gut-related that can’t be pinned on something else.

Determining if an intolerance is the cause of any of these symptoms isn’t possible without testing, so that’s your first step.

Call me for your free 15 minute assessment call, and we can discuss your options which may include food intolerance testing, SIBO testing, functional stool testing.

And depending on the results of any tests that you take, relief from your symptoms may be just around the corner!

💛💛The harsh reality of this current lockdown

It’s not the end. Rest, recover, nurture your w

I spent most evenings of my early 20’s at fashio

Thankfully not heading home in the height of rush

Food prepping for a super busy week ahead - one wh